Twice Upon a Time Review

Doctor Who's annual Christmas Special farewells the 12th Doctor - and the 1st. 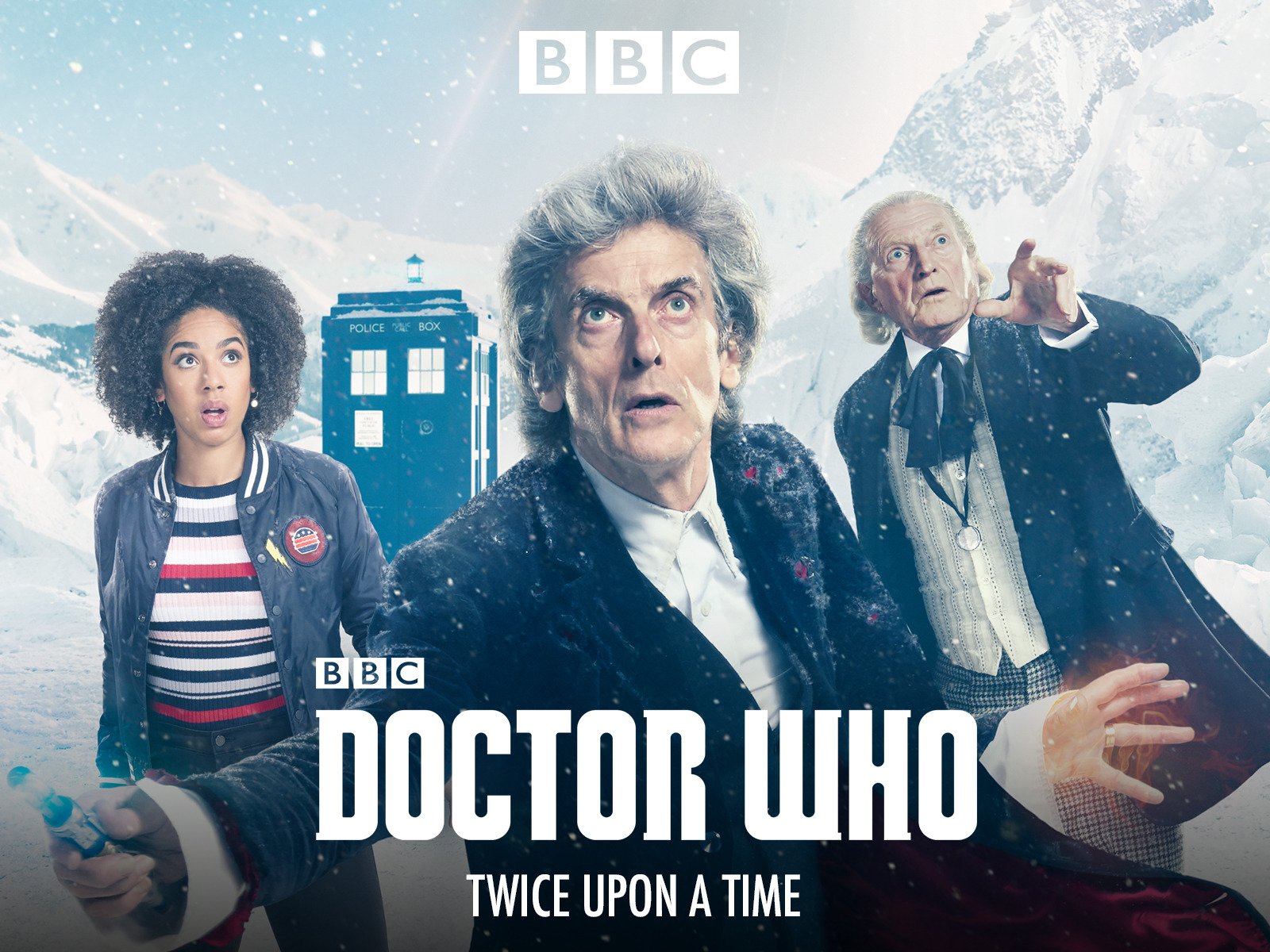 Regeneration episodes: a necessity to ensure that Doctor Who continues, exchanging the lead actor for another. Some do a fantastic job at giving a conclusion to the incumbent Doctor's tenure, others...not so much. Thankfully, the former is the case here. Put simply, Twice Upon a Time was everything I wanted it to be: a fitting coda to the 12th Doctor’s adventures, and Peter Capaldi and Steven Moffat’s time working on the show. Suffice to say, I’m tremendously pleased that all three went out on a high. There’s nothing worse than to have the last hurrah be an unintentional failure, leaving a bad taste in the mouth once their gone. No, here, Moffat has crafted a very personal, emotional story that in many ways acts as his and Capaldi’s final love letter to the show that they so clearly love.

The inclusion of the 1st Doctor is one example – not particularly necessary to the story (though really, the entire story isn’t strictly necessary in the first place), but nevertheless a welcome presence. I had worried that he would distract from the 12th Doctor’s swansong, but he was very much the supporting character here, leaving the story a good ten minutes before the episode ended, allowing us to have our final minutes with 12. But when he was around, he was great, giving us that distinctive gruffness, along with the twinkle and charm that endeared him to a whole generation of children over 50 years ago. The only downside, however, was the rather jarring ‘jokes’ at his expense concerning his views on women. While it would be silly to deny that 1960s Doctor Who was a product of its time, the extent of the first Doctor’s casual sexism (which is debatable in and of itself) was needlessly exaggerated here, and seemed only to exist so that Moffat and the audience could look back and laugh at how unenlightened we were a few decades ago. But barring those four instances, having the 1st Doctor play a major role in an episode was wonderful. So wonderful, in fact, that I wish we’d had a bit more of him. For instance, the scene where he was discussing regeneration with his future self was building up to be beautifully poignant, yet was cut brutally short by Rusty the Dalek attacking them. Couldn’t we have spent just a minute or two more with them before the action started up again?

But throughout it all, David Bradley did an excellent job of playing the character, managing to replicate the main ‘essence’, rather than going for a full impersonation. And that’s what’s important. No one can replicate William Hartnell’s performance, physical appearance or voice, but Bradley succeeded in capturing the spark of Hartnell’s Doctor, and that definitely gave us the next best thing. Big Finish has announced that he will be doing a series of audio adventures as the 1st Doctor too, so I’ll be sure to check them out to have more of his great performance.

If there’s one, overwhelming disappointment I have with the inclusion of the 1st Doctor, it’s that we didn’t have him and the 12th Doctor go and visit their granddaughter, Susan. It would have been a lovely scene to have them make good on their promise to return to her – especially because the original actress is still alive! – but alas, it was not to be. A missed opportunity, and a real shame. What wasn’t a shame, though, was Peter Capaldi’s final moments as the Doctor. And yes, while the TARDIS crashing after the regeneration wasn’t original in the slightest, the pre-regeneration speech consisting of giving a list of verbal instructions to the next Doctor was. Combined with 12’s final words of “Doctor, I let you go”, the whole scene did a marvellous job at embracing the change to come. And it did a good job of helping the audience embrace the change too – myself included. “I suppose one more life won’t kill anybody,” the Doctor says, as the music swells, bringing a sad, happy smile to my face. As someone who has been lukewarm at best to the idea of a female Doctor, actually seeing the morph between Peter Capaldi and Jodie Whittaker gave the idea the one thing it hadn’t had before – credibility. It grounded it within the show. Suddenly, Jodie wasn’t just an actress who was to become the Doctor is some abstract sense. She was the Doctor. Seeing the change made all the difference, and while I’m still not completely sold on the idea, I’m nonetheless quite excited to see how Jodie will go, and where the show takes the 13th Doctor.

And that’s the best thing about Twice Upon a Time, I think. It got me excited. It made me remember why I love Doctor Who. Though I can be a horrible old codger about it on occasion (just ask my housemates!), through all that criticism is a love for a show that never fails to inspire, to create wonderful characters, and to give us moments like the recreation of the Christmas Armistice, or the hug between the Doctor, Bill and Nardole. Or even the Clara cameo. Twice Upon a Time brought Capaldi’s tenure to a close, and it beautifully wrapped up the adventures of the 12th Doctor. It even did the unthinkable: it made me dislike Hell Bent a little less. How could it not, with that lovely grin on the Doctor’s face as he says he remembers Clara? Making me look back fondly on an episode I strong dislike is a true Christmas present from Doctor Who if ever I wanted one. As the Doctor himself said, "hate is always foolish."

Farewell, Peter Capaldi and Steven Moffat, you will both be sorely missed.

Oops, you forgot something.

The words you entered did not match the given text. Please try again.